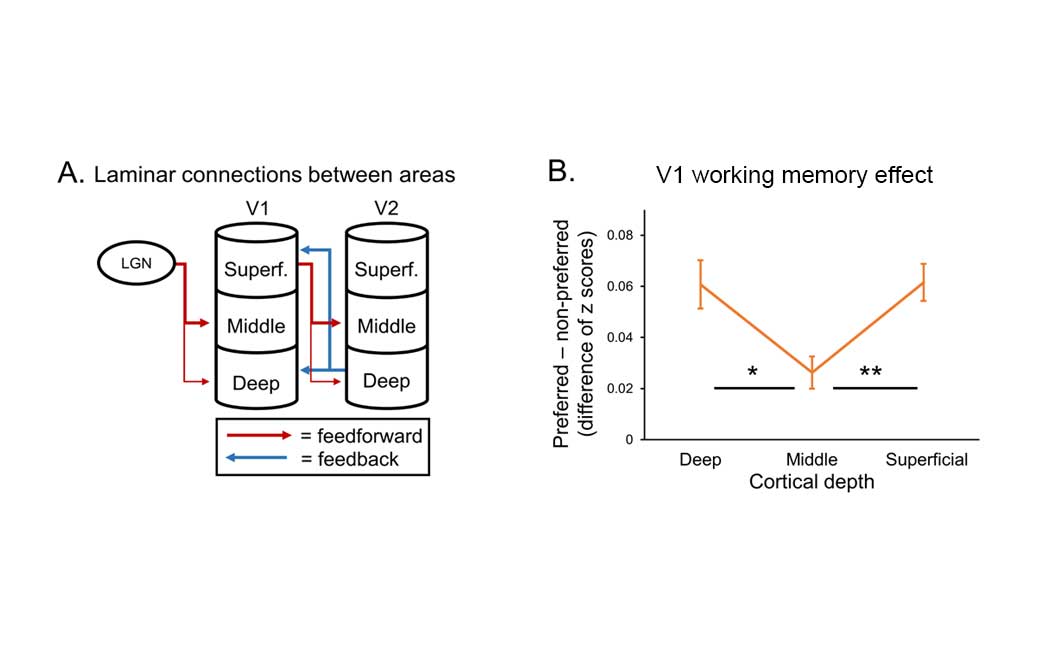 When we remember or imagine a visual experience, the visual cortex is engaged to simulate visual details of the experience we are thinking about. In our recent laminar fMRI study, we examined how signals in visual cortex that occur during visual working memory are organized across cortical depth, and whether they are organized differently to signals caused by visual perception.

We showed participants two visual stimuli and asked them to remember only one of them as accurately as possible for a prolonged period of time. During this period, we found sustained activity relating to the remembered item in visual cortex, even though there was no physical stimulus being presented. In primary visual cortex, V1, this activity was present in deep and superficial cortical layers, known to receive top-down feedback, but not in the middle layer, which receives bottom-up input. In contrast, presenting the same stimulus visually resulted in activity in all cortical layers of V1.

Our results point to an important marker that can differentiate between bottom-up and top-down activation of V1: bottom-up stimulation activates the entire cortical column, whereas working memory selectively activates the feedback layers of V1. This provides new insights into how internally and externally generated brain signals are deployed within the visual cortex.

The paper is now available in Current Biology.