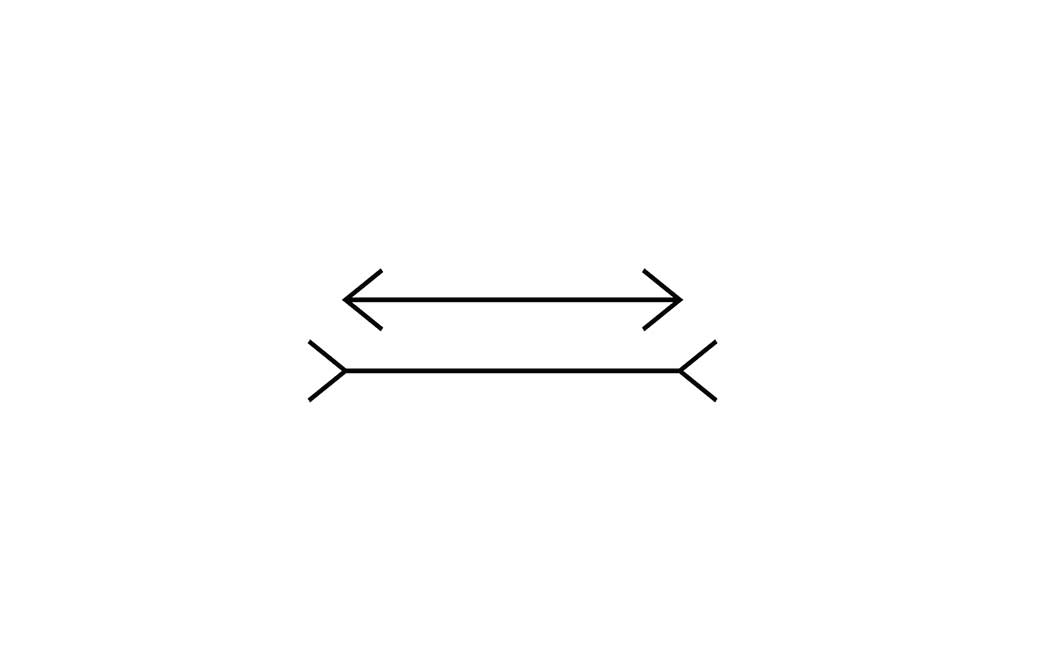 Our perception of the world often deviates from reality and these deviations can be easily experienced with powerful visual illusions, such as the Müller-Lyer illusion above. The upper line appears to be shorter than the lower line, even though the lines have the exact same physical length. However, sometimes our decisions about what we see or have seen can deviate from reality without any deviations in perceptual appearance. For instance, when people are asked to name the color of the ink of the word blue, their responses are biased by the irrelevant word – the famous Stroop effect. By trying the experiment on oneself, one can easily refute that the word ‘blue’ changes the appearance of the ink color. Instead, the bias arises due to a response conflict (de Lange & Fritsche, 2017). Biases in perception, decisions and responses are often difficult to disentangle, but the distinction is important since it elucidates how our brains process sensory information and what information we have available at any given point in time.

In the current study, we investigated the perceptual nature of the reference repulsion bias. Reference repulsion refers to the phenomenon that subjective estimates about a stimulus attribute are biased away from an external reference, against which the stimulus attribute has been compared. For instance, in our first experiment participants had to judge whether a pattern of oriented lines was oriented clockwise or counterclockwise from a reference orientation. Subsequently, participants had to reproduce the overall orientation of the pattern. As found in many previous studies, the reproductions of the overall orientations were repelled away from the reference. Is this a perceptual illusion? To test this, instead of letting participants reproduce the orientation, in a second experiment participants compared the pattern to a second, simultaneously presented pattern. We hypothesized that if reference repulsion is a perceptual illusion, this simultaneous comparison should be biased too (remember your simultaneous comparison of the lines in the image above!). However, we found that the bias vanished for such a comparison, which indicates that it is not perceptual in nature, but rather arises in later memory representations or decisions when making reproduction responses.

The paper is now available in Cognition.