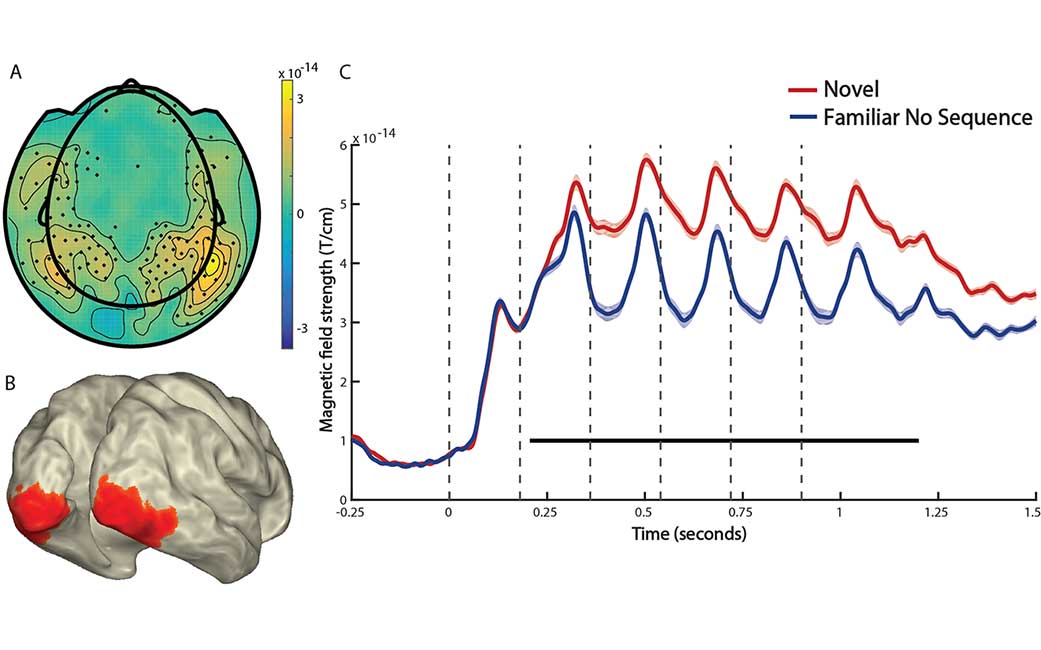 Our knowledge about the environment can influence the way we perceive things around us. In this study, we investigated how brain activity changes when we are familiar with an image (i.e., we have seen it before) or when we expect a particular image (i.e., we expect to see an image based on the context).

We showed participants streams of images. Some of the images were familiar and others were novel; moreover, some of the sequences of images were expected and others were unexpected. We recorded brain activity using magnetoencephalography (MEG). We found that both familiarity and expectation reduced brain activity most strongly in lateral occipital cortex (LOC). Familiarity also led to sharpened response dynamics, predominantly in early visual cortex.

Together, these results show that distinct types of sensory knowledge such as familiarity and expectation jointly determine the amount of neural resources dedicated to object processing in the visual ventral stream.

This paper is now published in Journal of Cognitive Neuroscience.