Paper published in Journal of Vision 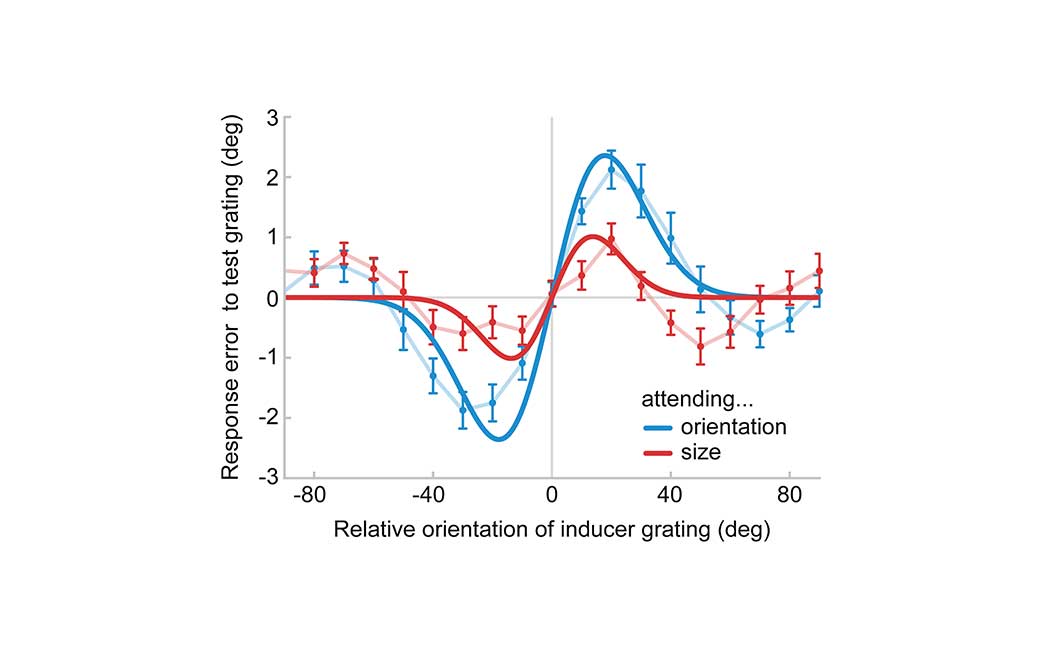 Our everyday decisions about what we see are often based on ambiguous and unstable sensory input. For instance, we make about three eye movements per second, greatly shifting the visual information that meets our eyes. Yet, despite such instabilities in sensory input, we exhibit a remarkable capacity for making successful perceptual decisions. How can our brains achieve this?

Importantly, our environment is relatively stable over short timescales and thus exhibits temporal continuity. Our brains could exploit this continuity, by enhancing current visual information with information of the recent past, thereby “smoothing out” instabilities. Indeed, in previous experiments it was found that we judge current objects as visually more similar to recently seen objects than they actually are, suggesting that our brains may employ such a smoothing operation. This phenomenon has been termed serial dependence. However, the circumstances under which serial dependence occurs are not well understood.

In the current study, we investigated whether attention to a particular feature, such as the orientation of an object, is necessary for serial dependence in this feature dimension to occur. In other words, do our brains only smooth visual features that we have previously attended, or is this smoothing occurring automatically, even in the absence of attention? We found that serial dependence is strongly reduced when we attend to different features of successive objects, indicating that smoothing is modulated by attention. Curiously, we also found that a concurrent phenomenon, which makes very different objects appear even more different, was not dependent on attention. This hints that our brains might have evolved multiple, independent mechanisms to exploit the stability of our world.

you can find the paper here