Paper published in The Journal of Neuroscience 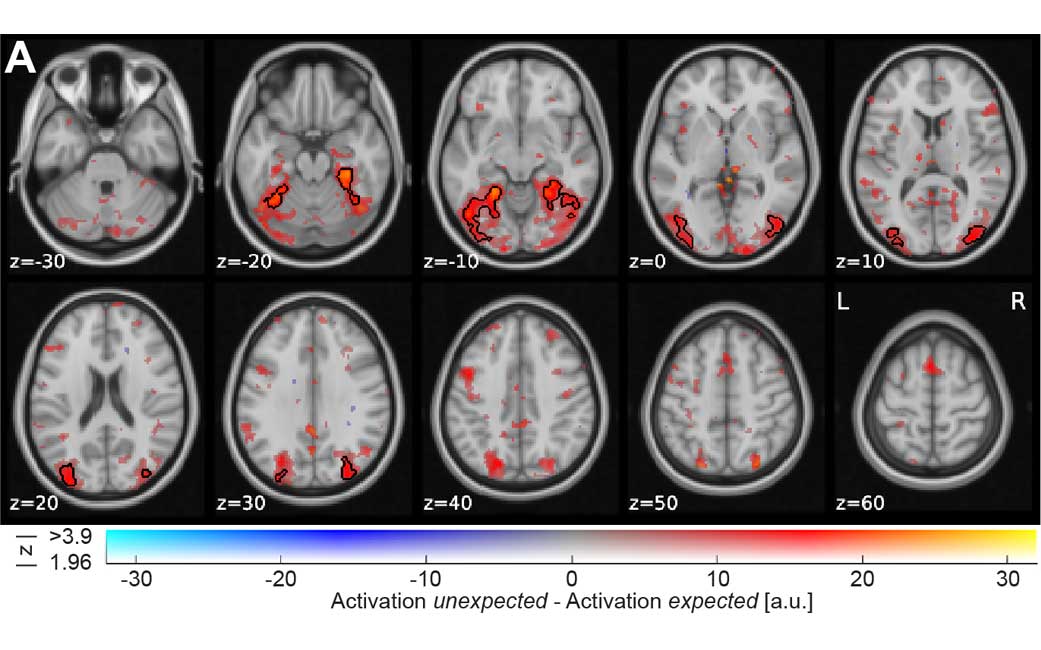 Our brains do not just passively record the environment, but rather actively predict upcoming stimuli. In our recent fMRI study, we investigated how neural responses to everyday objects change depending on whether they are expected or unexpected.

Participants saw two object images on each trial and pressed a button whenever an image was turned upside-down. Whether or not an image was flipped upside-down was completely random. However, unbeknownst to our participants the first image on each trial predicted the identity of the second image, so over time participants came to expect a particular second image given the first image. We show that neural responses throughout most of the ventral visual stream were suppressed in response to expected compared to unexpected objects. Furthermore, we found that neural representations of expected stimuli were dampened in object selective lateral occipital cortex (LOC).

Combined, our results demonstrate that perceptual expectations have a widespread effect on neural processing. Moreover, the concurrent expectation suppression and dampening effect hint at the possibility that expectations serve to filter out predictable, task-irrelevant stimuli.

The paper is now published in The Journal of Neuroscience