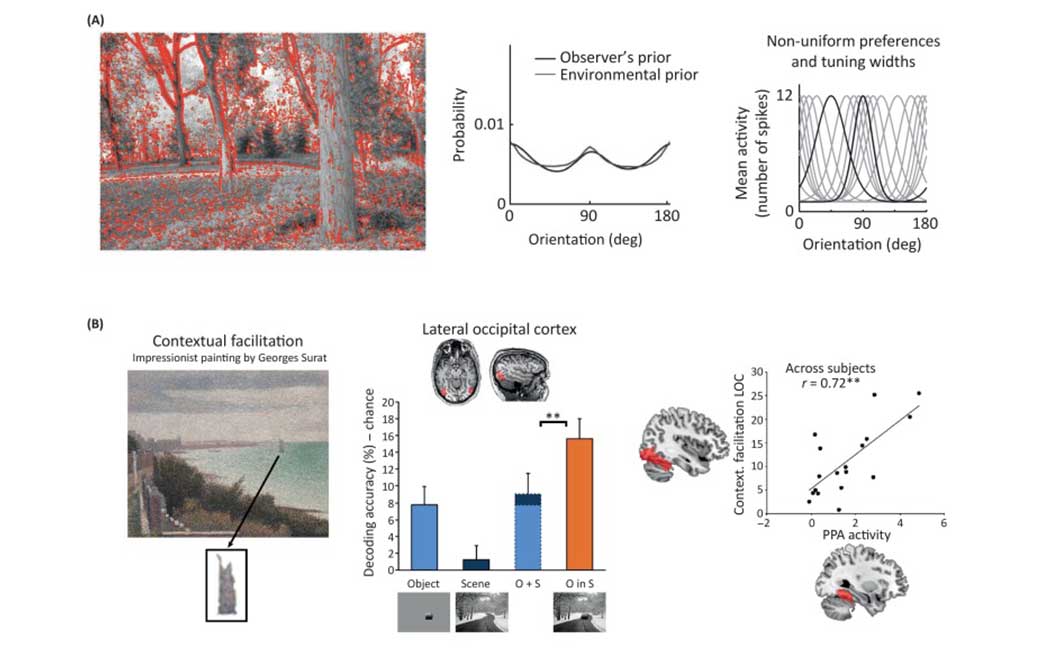 It has long been recognised that prior knowledge and  expectations can strongly influence perception, but the neural mechanisms and computational principles underlying this influence are just beginning to be understood.

In this paper, we review recent findings that shed light on this process. We first focus on the neural sources of expectations, proposing that the brain systems involved depend on the type of expectation at play. For instance, while some of the simplest expectations are highly stable and can be embodied in sensory cortex itself, others have to be rapidly learned and recruit specialised brain regions like the hippocampus. Turning to the neural targets of expectations, we discuss how sensory processing can be modulated both at early and late stages, and both before and after stimulus onset. Most of these modulations are suppressive: expected stimuli tend to evoke weaker neural responses. Although this phenomenon is now well-established, its functional mechanism remains debated. We examine evidence for two accounts, Dampening and Sharpening, that propose opposing effects of expectation suppression on the information encoded by neural responses. Finally, we discuss how recent and future empirical data can inform and constrain computational theories of perception, such as predictive coding.

We hope that this review not only provides insight into recent findings, but also invites more research into role of expectations and predictions in neural function.

The paper is now available at Trends in Cognitive Sciences