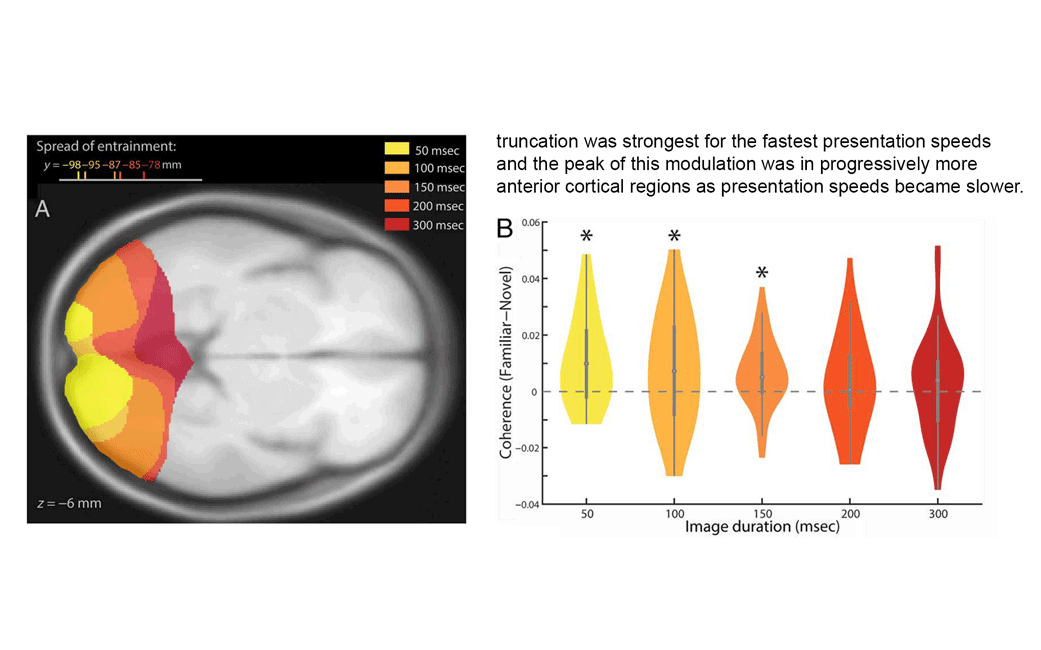 Most things in life we have seen before. Familiarity with a stimulus leads to an attenuated neural response to the stimulus. Alongside this attenuation, recent studies have also observed a truncation of stimulus-evoked activity for familiar visual input. One proposed function of this truncation is to rapidly put neurons in a state of readiness to respond to new input. We examined this hypothesis by presenting human participants with target stimuli that were embedded in rapid streams of familiar or novel distractor stimuli at different speeds of presentation, while recording brain activity using magnetoencephalography and measuring behavioral performance.
We found that performance on the task, namely target categorization, was markedly better when the target was embedded within familiar distractors, and this benefit became more pronounced with increasing speed of presentation. Investigating the accompanying neural response, we found that the truncation was strongest for the fastest presentation speeds and the peak of this modulation was in progressively more anterior cortical regions as presentation speeds became slower. Moreover, the neural response evoked by the target itself was stronger when it was preceded by familiar distractors.
Taken together, these findings demonstrate that item familiarity results in a truncated neural response, is associated with stronger processing of relevant target information, and leads to superior perceptual performance.