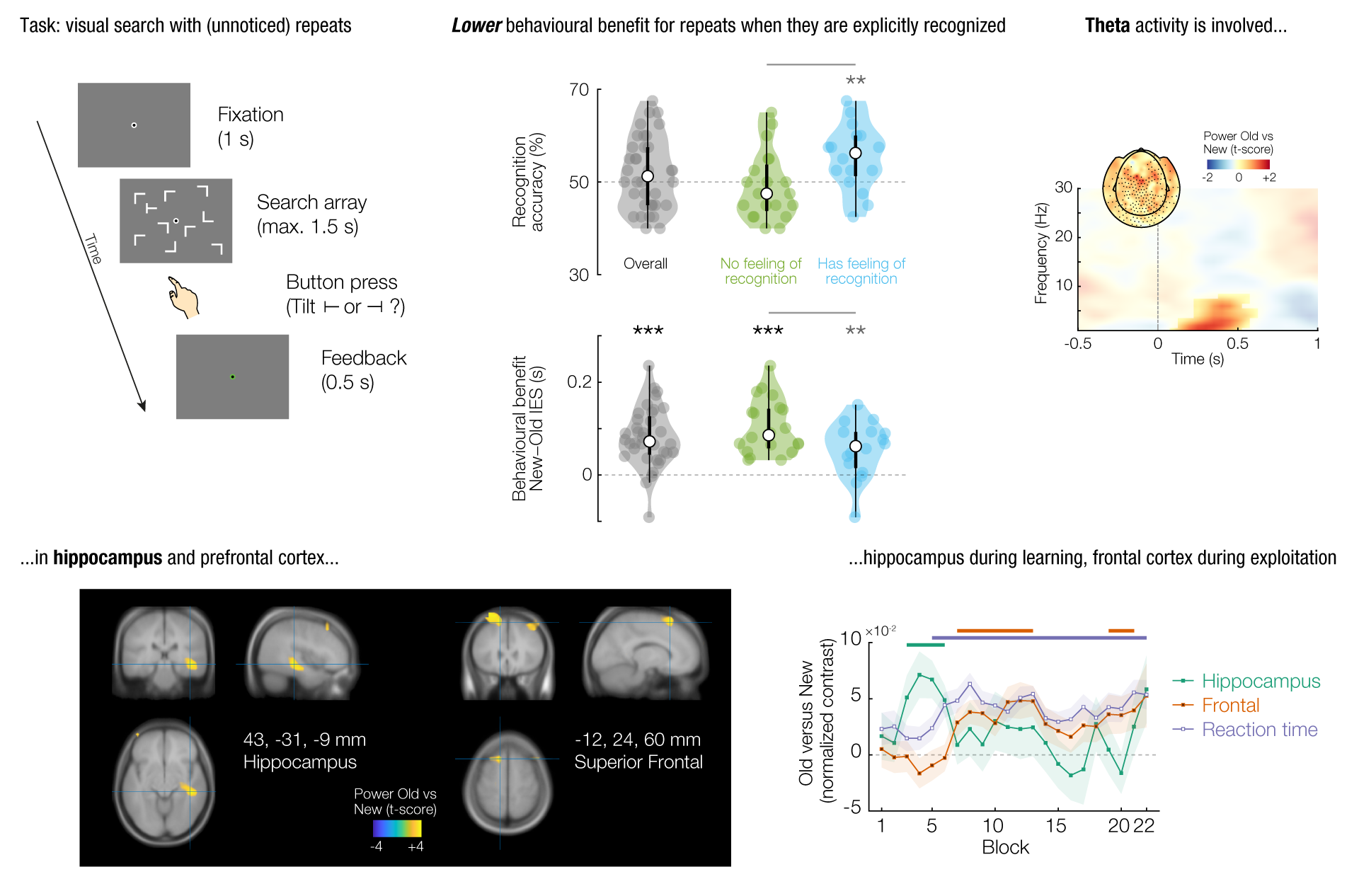 Humans are remarkably good at knowing where to expect relevant stuff, given a particular context. For example, we intuitively know that we should expect a computer mouse next to the keyboard, and below the monitor. It has been claimed that we can learn these patterns of expectations without any explicit awareness of knowing them. Although the existence of this form of learning is undisputed, whether or not it happens outside awareness is hotly debated. Furthermore, the brain mechanisms associated with this form of learning are not well-understood.

In the study that was just published, we investigated both (1) the neural mechanisms underlying the acquisition and exploitation of this type of knowledge and (2) the implicit or explicit nature of the expectations acquired. We discovered that the theta rhythm in the right hippocampus is involved in learning the associations between spatial context and the expected location of target objects. Observer’s behaviour in the experiment was marked by a sudden switch from a learning to an exploitation phase. During the exploitation phase, hippocampal theta activity dropped back to baseline levels, while now the theta rhythm in the prefrontal cortex was clearly elevated for the previously learned contexts. We therefore concluded that prefrontal theta is associated with exploiting the learned knowledge.